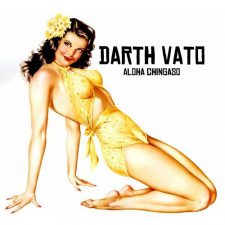 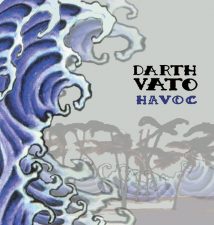 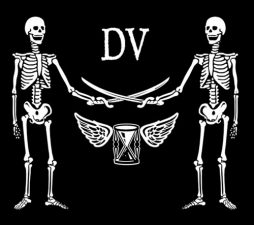 Memories: I remember walking into First Street Audio with no idea what to expect. Jordan was still learning the Mackie system, so Bart was there to help out for part of the session. With no previous knowledge of recording studios or the recording process, I was overly surprised when Jordan and Eric spent over 4 hours setting up the drums. Looking back, I’m amazed that we did not layer those tracks. Eric got the main room, and Steve got the other room. I ended up recording my parts in the storage closet.

Let me tell you: Fitting me, my pedal board, and my Roland Jazz Chorus 120 in that closet was no easy feat. Nevertheless, we recorded So Jah Seh Love, Up Your Body, and Smilin’ Today during those two days, and I recorded Second-Guessed Memory at my Stonegate apartment. I used Fruity Loops 3 to create the drum loop Acid Pro 4.0 to record the tracks. I’m still impressed with the sound quality I got from a home computer.

We had our Aloha Chingaso Release Party on May 23, 2004 at Scooners in Fort Worth. Our initial printing of 100 cd’s sold out in less than 2 months, so we had a Re-Release Party on Sat, August 9, 2003 at the Aardvark. We ended up printing another 100 copies and selling them in 2005. In total, there are 300 copies of the Aloha Chingaso EP floating around. The last 100 copies are distinguished by the blue cover art on the back of the cd tray and the black cd with the white Darth Vato logo. Get one of these before you see them on eBay for like $5.

Memories: Havoc was an interesting adventure. We went to First Street Audio on January 31, 2004 to record a demo that would feature two songs, Havoc and Little Vessel. Jordan Richardson was still recording, engineering, and producing the songs, and this time we brought Joshua Loewen to play the solo on Little Vessel. I still have no idea how to play that solo. It’s awesome. We spent all day recording the tracks separately, and I went back on Monday night to record the vocals. I remember that we recorded all day Saturday, and then we had go play a show at Scooners in Fort Worth.

Because we had no money, we could not print any CD’s. Furthermore, we had bigger aspirations than a demo that was burned on my CD-ROM. So we waited. At some point, I thought to myself, “Why record a demo, when you could record an entire full length album?” Only one thing stood in the way of a Darth Vato album: money. No third party was going to give three broke ass white boys any money, so I took out a loan on my car. The entire situation fit right in with the title track. You cannot count on someone else handing you opportunities and dreams.

I got the check from the bank, and I immediately paid Bart at First Street. We recorded the rest of that album in April 2004. Towards the end of the month, Justin Pate stopped by to record some keyboard parts on Echo My Love, and he ended up creating parts for Situation Overload, Police Dub, Another Ska Song, Every Time, and FTW. He’s a Jedi. Jordan also added his hot lixx in the bridge of Echo My Love. We then took Havoc to Crystal Clear Sound in Dallas, TX to be mastered by Nolan Brett., and he did an amazing job.

Our CD Release Party was at the Wreckroom on May 28, 2004. We played with Pablo & the Hemphill 7, a bad ass Fort Worth reggae band who had not played in 6 months. It had all the elements of a show to remember. That night the line was around the building, and to this day, I cannot believe how amazing it was. Up until that show, our largest crowd was 50. So wild.

Memories: On Sat, June 10, we played at Headhunters in Austin, TX. On Sunday we drove straight to the recording studio. Seven Seas was recorded at Artisan Recording Studio in Farmer’s Branch, TX. We went there to get a new sound. Jordan Richardson manned the ProTools board, and Carter Albrecht played the guitar solo on War on the West Side. It seems that Darth Vato is in the business of farming out guitar solo tracks. Carter is amazing, and he is also a Jedi. He came in to the studio never having heard that song, and two hours later, we had a harmonized guitar solo that fit right in with the song.

We spent Sunday, Monday, and Tuesday recording those 4 songs, and then we mixed on Thursday. On Friday, we went back to Crystal Clear Sound in Dallas to have Nolan Brett master the mix. Then we left for San Marcos for a show at Lucy’s. It was an extremely busy week. The sound on Seven Seas was so much more aggressive than anything we had ever recorded. I don’t think that any of us imagined those 4 songs sounding so good.

Our CD Release Party was at the Moon bar in Fort Worth on July 8, 2005 with our friends Can’t Hang from Baltimore. Can’t Hang put on a great show, and they really won over our crowd. A shout out to my parents: My mom and stepdad worked the merch table during our set. It was classic parental support. I think that they even refrained from stealing money from the merch cash bag. They are so honest.